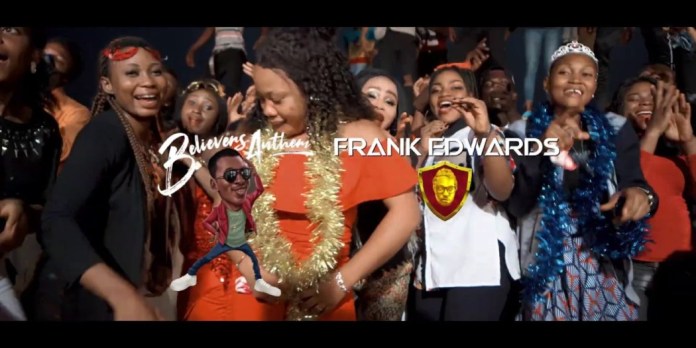 Frank Edwards makes a grand entry into the new year with a gospel dance track titled Believers Anthem but we have a feeling that fans will better know the song by the hook “Holy Holy“.

The Music which was released January 12th now has an Official video directed by H2O films. The visuals depict the high energy of the music and the crowd appeal essence, little wonder the song is officially named Believers Anthem.