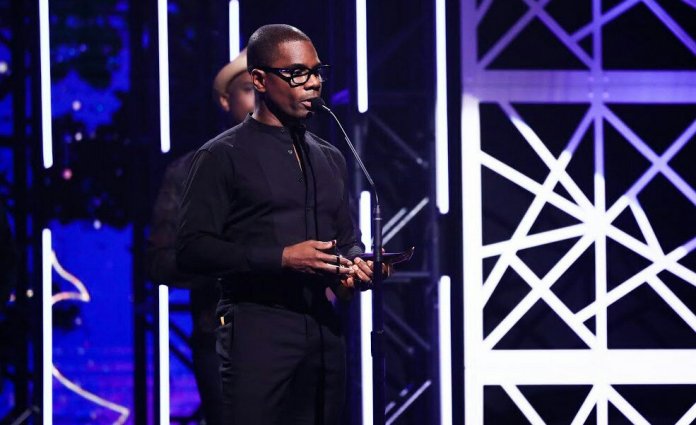 Kirk Franklin had earlier claimed via a lengthy video on Instagram that the his acceptance speech which foused on police brutality over the black community at this year’s ceremony was edited.

Jackie Patillo, the association president, in an official statement pens;

Due to our broadcast window, we had to significantly edit the Dove telecast to 2 hours, which aired Sunday, October 20th. In light of this, we understand that many were disappointed because there were so many memorable moments and noteworthy portions of acceptance speeches absent.

Specifically, we were made aware of troubling concerns regarding the edit of Kirk Franklin’s acceptance speech. At the request of Kirk’s team, we held our response regarding those concerns until we were able to speak with Kirk privately, apologize directly, and discuss resolutions to rectify this unfortunate issue.

With that said, we would like to publicly acknowledge that we are deeply apologetic for the missteps that happened relating to the editing of Kirk Franklin’s Dove Awards acceptance speech. We accept the responsibility of our error. Although completely unintentional, we understand it caused great harm and deeply wounded many in the African American and Gospel community. As well, it left a general perception that we are not concerned with key social issues that affect people of color. It is not our intent to disregard or silence any of our artists, and we are deeply saddened by this perception and are committed to change this.

Members of the GMA board and executives spoke with Kirk and his team this past Friday to discuss solutions that we are currently working to implement moving forward. We will be highlighting those initiatives at a future date. Joining our efforts, TBN has made the unedited version available on their VOD platform.

In recent years, we have worked hard to ensure that The Dove Awards stage is a platform that promotes unity and celebrates God’s diverse Kingdom. Our heart is to showcase that unity and the Gospel message to a broken and divided world. Let us continue to strive to be a light in the darkness and come together to raise the banner of Jesus Christ.”

To God Be the Glory.

Watch the un-edited video below;