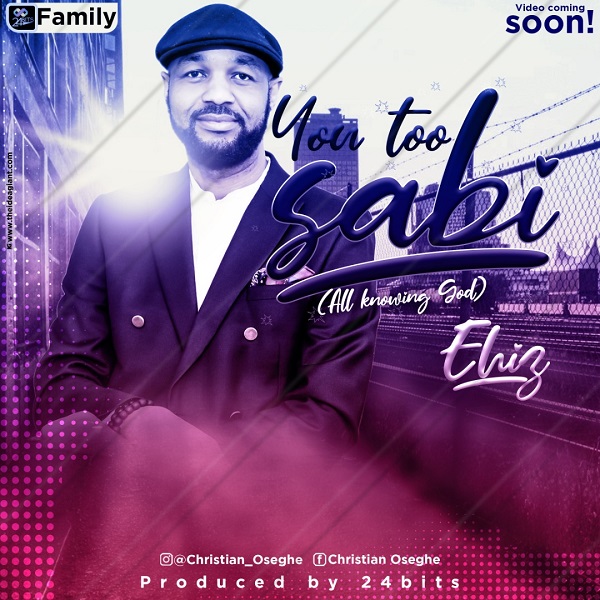 You Too Sabi is a song that expresses the Awesomeness of the Almighty God from the time of creation till present day. This song and album is produced in London by 24Bits family.

By God’s grace, even in the midst of the pandemic, Ehiz has found time to pursue his passion for Gospel music and his style of music is the afro-gospel highlife sound, laced with inspirational lyrics to lift the soul and faith of all believers in Jesus Christ.

His first album titled ‘Unchangeable God’ was released in 1997 whilst studying Law at the Ambrose Alli University (AAU) in Ekpoma, Edo state, Nigeria. He bagged a Degree in Law in 1999 and was called to the Nigerian Bar Association in 2001 as Barrister and Solicitor of the Federal Republic of Nigeria.

Ehiz practiced as a young Lawyer at Festus Keyamo Chambers in Maryland, Lagos and Rhodes & Rhodes Chambers in Lagos Island whilst in Nigeria. He also had a 5 years career in Banking before relocating to the United kingdom in 2009.

Christian Ehi Osegh has been a dedicated member of the ESOCS church from birth where he discovered his natural God’s gift of singing and playing the Trumpet in the choir at a very young age.

He is married to Oluwakemi Oseghe and blessed with three Children.

VIDEO : Ehiz – You Too Sabi