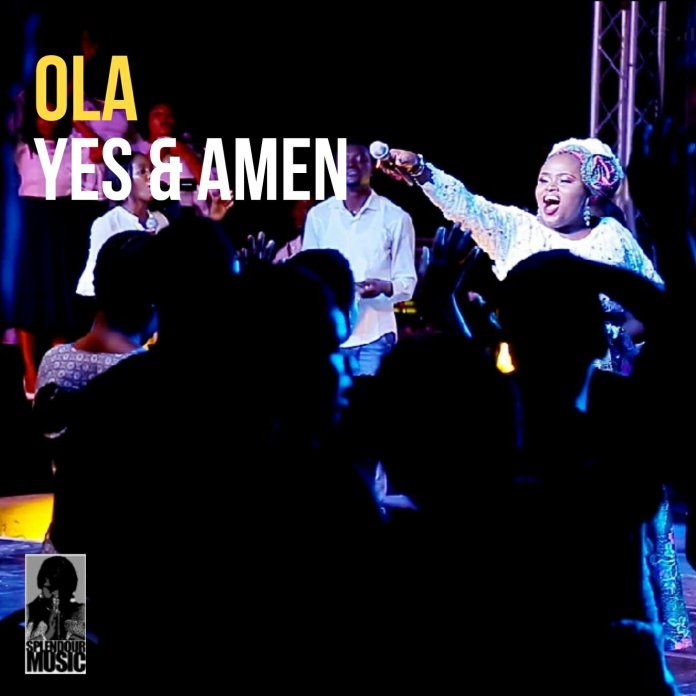 Jesus said in Revelation 1:14 that He is the Amen, the faithful and true witness, and the beginning of the creation of God. Jesus is the Amen! Amen means “So be it. Amen means “It’s already done.”

God is looking for someone who will say “yes” to His will, His way and to every situation.

In Ezekiel 22:30, God says “And I sought for a man among them, that should make up the hedge, and stand in the gap before me for the land; but I found none.

Oh Lord I yield unto you, even as I stand unto your Words and Promises over my Life. – Ola.

Ola is a Nigerian Gospel Singer and also an ‘On-Air Personality’ with a family-oriented program titled ‘Boode o dun’ which is currently on air on different TV station across the country. She anchors two programs on Orisun TV and is also into Catering Event Management, Film Making, Acting and a strong social commentator.

She bagged an honorary doctorate degree in Christian Ministry in the year 2017 from the prestigious Publishing University, New Orleans, USA. To her credit, she has four musical albums with numerous awards and nominations.

Ola is married to Seunnlafunmi Onabajo, an architect and a music entrepreneur.