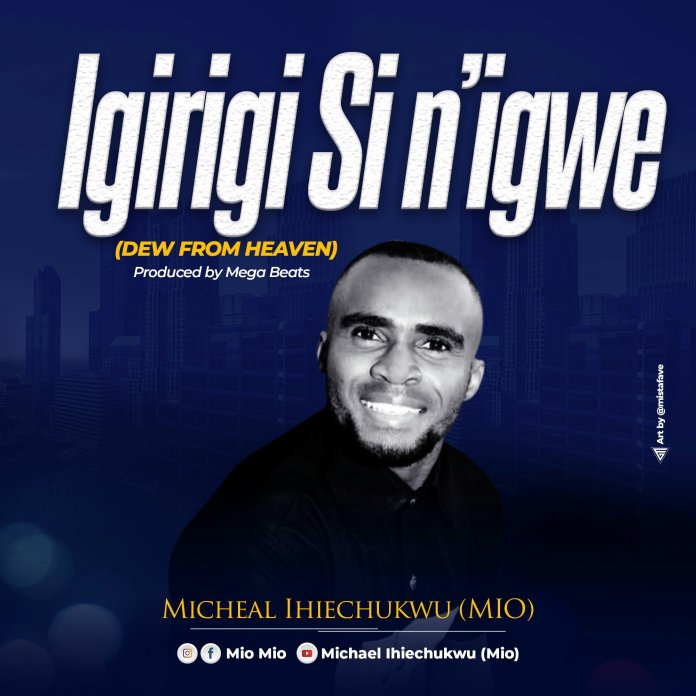 Michael Ihiechukwu popularly know as MIO is out with a brand new single titled Igirigi Si N’Igwe which literally translate to Dews from Heaven. Performed in Igbo dialet is a song of prayer unto God to shower down blessings from above and heavenly dues that gives life.
You love gospel music with traditional flavour? then here is a song you should add to your playlist.

Michael Ihiechukwu Onwukwe, popularly known by his stage name “MIO” is a Nigerian gospel singer, Songwriter, recording artist, stage Performer and instrumentalist.
He began singing and playing musical instruments at the age of Seven.
MIO started his Gospel music Professionally in 2011 when he released his First album Titled Reason for my Life ( Redeemer ). MIO is known for his Beautiful voice.
His Latest album Igirigi si n’igwe ( Dew from Heaven ) Carries Lots of anointing.