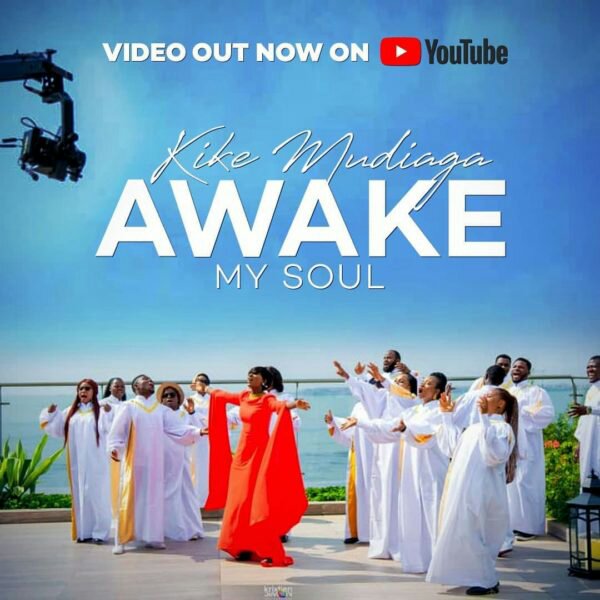 The song was produced by RotimiKeys and the Video was directed by Seun Williams (SWMotion Works) with cameo appearnance by renowned Dance Choreographer, Sarah Boulous.

Speaking about the song, Kike shares:

“”Awake My Soul” – A song that takes you from a place of despair to a place of hope and victory.
David said “when I think of the goodness of the Lord”…. Sometimes we need to take a moment to THINK about God’s goodness and then speak to our Souls to AWAKE from sorrow, from loneliness, from a place of discouragement and weakness and SING. For therein lies your Power to WIN again!!

This song came from one of my darkest seasons. I was so down in my soul that I just could not see the light. The pictures of flowers blooming out of the dirt perfectly depicts the resurrection power we have. The bible says Romans 8:11 – “But if the Spirit of Him that raised up Jesus from the dead dwells in you, He that raised up Christ from the dead shall also quicken your mortal bodies by His Spirit that dwelleth in you”.

I was quickened when God gave me this song.
I pray the quickening power of the most High overshadows your darkest seasons and cause you to see a great and marvellous light”.

Watch Awake My Soul Video Below

One of the artistes, who is fast becoming a signature tune for the gospel genre of music across the globe, is Kikelomo Mudiaga.

She is a Seasoned Music Minister and renowned worship leader at House On the Rock Church, who has been in the Gospel music industry for over 15 years and Kike’s ministry remains a blessing to the body of Christ all over the globe. She carries the oil of of the sweet fragrance of His SheKianah and there’s just something powerful about her ministrations that gets you ready for worship and warfare.

Kike Mudiaga is a wife, a mother of two, and an Educational Consultant with a degree in English and a Master’s in International Educational Management Degree from the University of Leeds, UK.

She is also a bestselling Author of the book “And the Storm Came”.

Kike recently released her debut music video titled “Awake my Soul” following the release of her 14 track album in a much talked about Evening of Worship tagged “Deep Calls To Deep” featuring Nathaniel Bassey, Mairo Ese, Prospa, Onos and a host of other anointed minstrels.

The album is available on all music digital outlets