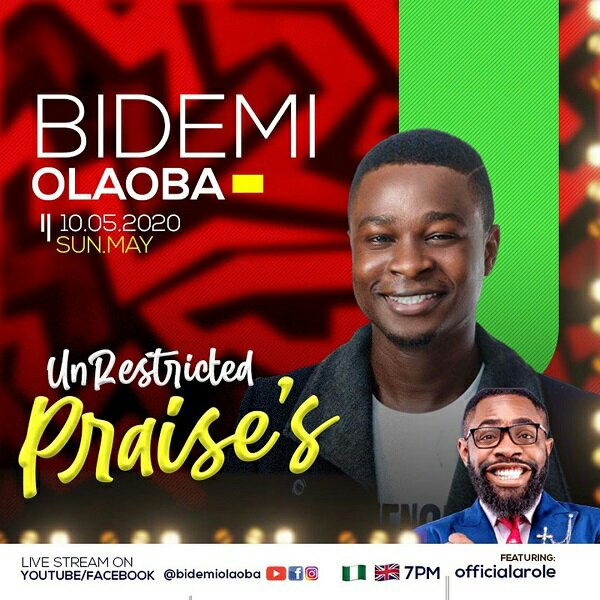 Due to the restrictions on gatherings, Nigeria’s gospel music minister, Bidemi Olaoba joins a list of other gospel ministers to host an online praise session. This was announced by Bidemi via his official Instagram page.

Tagged ‘Unrestricted Praise’s’, the praise session is scheduled to take place on Sunday 10th May, 2020 by 7pm and is set to feature Nigerian comedian, actor and on-air-personality, Oluwatoyin Bayegun popularly known as Arole.

Bidemi Olaoba has released numerous songs which include Bonjour, Winning Priase, My Heart, Baba among a host of other hits songs.

Bidemi Olaoba is a vibrant prophetic praise leader who is popularly known for his scriptural quotation, ‘the bible says’. He is a unique singer whose songs are backed up with the word of God.

You can watch ‘Unrestricted Praise’ through Bidemi Olaoba’s social media platforms and his online YouTube channel.