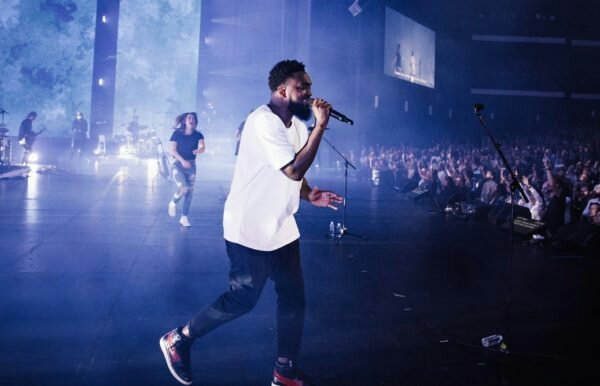 Grammy nominated Bethel Music is continuing to add to their adept collective of worshipleaders and songwriters with the addition of Dante Bowe.

The roots of Bowe’s relationship with the Bethel Music family run deep with previous collaborations like “Glorious Day” and touring with the group including the recent Heaven Come Conference at Los Angeles’ Microsoft Theater. He counts names like Bill Johnson, Kris Vallotton, Brian & Jenn Johnson and more of the Bethel Music community as voices of inspiration in who he is as person as well as a worship leader.

“I want to see cultures, generations and denominations unite through a worship movement,” shares Bowe. “This next season is more than bridging gaps it’s about completely merging them, removing all boundaries and boxes. I believe it’s going to come from raising the level of authenticity in our worship. This generation is full of worship leaders who have a real conviction behind the words they’re singing. And as a result, their audience believes it.”

Grammy nominee Travis Greene recently united with Bowe for the victorious single, “The Giant Is Dead.” The North Carolina born singer, songwriter is currently based an hour outside of Atlanta. He has previously teamed up with Tasha Cobbs Leonard, Vashawn Mitchell, Housefires among others and released an independent project in 2017. Bowe’s touring has extended the U.S. including treks in Philippines, Germany, Israel, and across Europe and South America.